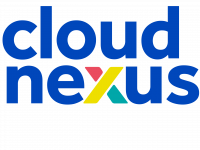 IBM expands the role of its hybrid-cloud security package

We’re Cloud Nexus and we believe that technology should make life easier, not harder.

We help people move to the cloud, secure their data and work with customers in awesome new ways. We’ll get to know your business and create the most appropriate solution to meet your technical requirements while being commercially sensible in cost. Please contact the team today on +44 (113) 539 0192 or hello@cloudnexus.co.uk.

Get to Grips with Azure